In an incredible year, since its launch on 16th Feb 1996, McSpotlight has been showered with praise and international media attention (including front page of USA Today). It has been accessed over 7 million times, and with the verdict for the infamous McLibel Trial due shortly, interest is bound to continue rising.

Having already doubled in size during 1996, McSpotlight has now doubled its size again with the addition of almost 80mb of new information. The complete set of official court transcripts from the 313 day McLibel Trial and McDonald's Closing Submissions are among the additions. Now everything you need to judge for yourself is available. There is nothing McDonald's can do to end their nightmare: McSpotlight is still here, uncensored and unstoppable, the final nail in the coffin of McDonald's global censorship strategy.

Way back in February 1996, McSpotlight was launched in London, Chicago, Helsinki and Auckland. In its first month it was accessed one million times (McDonald's themselves were identified as having accessed 1,700 times). At the launch, the site consisted of 1,300 files (almost 30mb of data) but it has expanded significantly since then to around 120mb and 21,000 files!!. 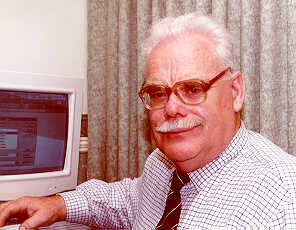 From the start, McSpotlight had developed a reputation for innovative use of Internet technology. When McDonald's launched their own corporate website, McSpotlight broke the news and adopted a pionering use of the latest web software to provide a guided tour of McDonald's own site. This 'new documentary form' received much critical acclaim .

In a vivid demonstration of McSpotlight's role as a new media, information about the McLibel trial obtained from the Internet was recognised as evidence in Jamaican court case.

October witnessed McSpotlight bagging an exclusive interview with Ronald McDonald, the Scot who threaten to take legal action against McDonald's for their use of his name. Since then a number of other interviews have been obtained with key figures from the McLibel trial.

During November McInformation Network volunteers provided daily reports of the closing speeches in the McLibel Trial. The reports were highly praised and became a resource for the mainstream news media.

McSpotlight hasn't stuck with the Internet. The McInformation Network volunteers (recognising that the Internet is still a fairly elite medium), have been busy demonstrating the site at seminars, conferences, fayres and exhibitions. Meanwhile, fans of McSpotlight have been decorating advertising hoardings and spreading the word by more devious means.

In May 1996, McSpotlight made its parliamentary debut. About 50 people went to a seminar in London organised by Parliamentary Communications (publishers of the 'House Magazine'). Most of those attending were parliamentary researchers from major organisations. The speakers included Geoff Hoon MP (Labour Party spokesperson on the Information Superhighway), representatives of the UK Treasury and of the Central Office for Information, plus the editor of the new Parliamentary Monitor on-line service, and Poptel (the Internet Service Provider for the British Labour Party). McSpotlight was taken as an example of how the Web can be used successfully for campaigning purposes. Copies of the "What's Wrong With McDonald's?" leaflet (downloaded from the site) were taken by many people attending the seminar.

In July 1996, McSpotlight was loud and proud on the M41 motorway. When seven thousand anti-roads protestors took over the M41 motorway in London to stage a huge all-day street party, McSpotlight volunteers from Bristol accidentally took the credit for one of the sound systems by mounting a McSpotlight banner across the front of a truck containing the sound system. While children played in a sandpit in the fast lane and bands played in the hard shoulder, a stall attended by volunteers provided the crowds with everything McDonald's doesn't want them to know.

McSpotlight is arguably the most talked about web site on the entire Internet, gaining significant international media attention since it launch. Many of those that are in English are available here:

Please send us details of any further coverage you hear of.

Notes: If you have any questions about McSpotlight, you may find the answers in our FAQ, or you could contact us - info@mcspotlight.org